The Art of the Theatre Workshop 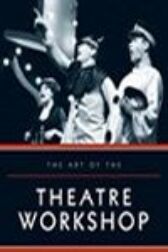 Among the highlights were The Quare Fellow, A Taste of Honey, Things Ain't Wot They Used T'Be, Oh What a Lovely War

Much less known is Theatre Workshop's equally strong dedication to design and production values, influenced by giants of European theatre such as Meyerhold and Piscator

Over fifty photographs by John Spinner form the centre-piece of this collection, along with costume designs for Oh What a Lovely War by Una Collins and the innovative lantern slides for The Good Soldier Schweik by Ernest Brooks