Tennessee Williams & Elia Kazan - A Collaboration in the Theatre 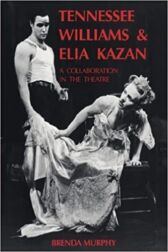 Their intense creative relationship, fuelled by a deep personal affinity that endured until Williams's death, lasted from 1947 until 1960

Brenda Murphy analyses this artistic partnership and the plays and theatrical techniques the artists developed collaboratively in their productions of A Streetcar Named Desire, Camino Real, Cat on a Hot Tin Roof, and Sweet Bird of Youth

In addition, Murphy suggests alternative ways to examine the working relationship between playwright and director which can be applied to other practitioners in twentieth-century drama