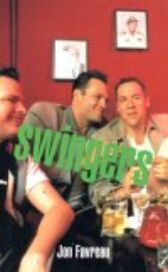 Swingers is an affectionate, hilarious ode to the fine arts of friendship, bar-hopping and girl-chasing. Told in the hip retro-vernacular of the nineties lounge lizard, it's the tale of a 'rat-pack' of young under-employed actors, hanging out together in Hollywood. Mike is pining for his ex-girlfriend; his suave buddy Trent wants to entice him away from his stuffy apartment and back out among 'the beautiful babies' on the club scene

HQ for the guys' nocturnal maneoeuvres is Sue's pad, where they debate the techniques of seduction and fight over video ice-hockey. Somehow, they still manage to show out all over town. But can Mike ever overcome his low self-esteem, accept Trent's assurance that he's 'a big winner', and so woo and win his true love?

This volume also includes The Swingers Rules - a concise lesson in the dos and don'ts of modern dating, as explained by author and actor Jon Favreau (Mike) and actor Vince Vaughn (Trent)