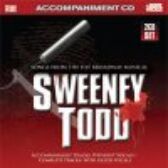 Winning eight Tony Awards in 1979, including Best Musical and Best Score, Sweeney Todd returned to Broadway in 2006 and became a Tim Burton film in 2007

The Ballad of Sweeney Todd

The Worst Pies in London

Not While I'm Around

The Ballad of Sweeney Todd (Reprise)

The Script+Lyrics can be purchased separately by clicking here