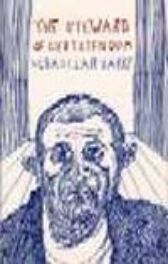 The play that established Barry as one of Ireland's most powerful contemporary playwrights ...

Thomas Dunne, ex-chief superintendent of the Dublin Metropolitan police looks back on his career built during the latter years of Queen Victoria's empire, from his home in Baltinglass in Dublin in 1932. Like King Lear, Dunne tries valiantly to break free of history and himself

The Steward of Christendom took London by storm when it premiered at the Royal Court Theatre Upstairs in March 1995 with Donal McCann in the title role. It transferred to Broadway and has toured around the world

"Sebastian Barry's beautiful and devastating memory play ... will stay with us for many years" - New York Times