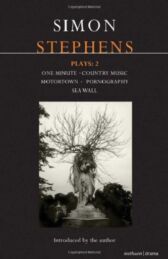 One Minute - first produced in 2003 and revived in London in 2008 - has an uncomfortable resonance as it follows five characters variously affected by the disappearance of Daisy, an 11-year-old girl

The final play is Sea Wall, a one-act monologue about grief, following the drowning of a young child