Soldiers and Other Living Things 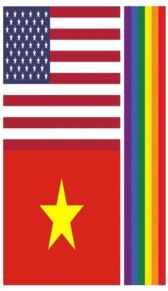 One (BOSS), the Commanding Officer of a group of men in Vietnam, suffers from PTSD

The other (CHRIS), served under him. CHRIS, injured by enemy fire, is confined to a wheelchair

The early relationship between the two men, as well as with an outspoken black soldier (BILLY) from their platoon, is revealed through flashbacks

When BOSS accompanies CHRIS on a holiday visit to his hometown of Lansing MI, secrets including the illicit actions that led to CHRIS' injury come to the surface