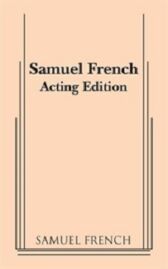 The tiny island of Lilliput, where most of the population consists of teenagers, is about to collapse

There is no economy

So the feisty ruler, Queen Oona, decides to turn management over to a Hollywood film studio

She hopes its crude but successful methods will save Lilliput

It's a sleazy television outfit headed by Hazel and Larry

Their current project is a doomed pilot called "The Beverly Billygoats"

They move quickly to Lilliput where they won't have to pay rent and can use the locals for actors!

When a yacht crashes on a reef with a rock singer named Beef Burgundy and his back-up singers, Linda and Ann-Marie, Larry hits on a scheme he thinks will bring in publicity and tourists

He will tell the world Elvis Presley is alive and living on Lilliput!