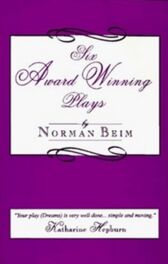 It's 1964 and Guy Leonard, a Broadway star and featured film actor, is faced with a dilemma

Would it be more honorable to work with a director he holds responsible for the death of friends and the ruin of colleagues or should he do a TV commercial for toilet paper?

The director, who helped to make him a star and then, during the McCarthy era, named names, including Guy's, has offered him the lead in a Broadway show and the assurance he would appear in the film, as well

On the other hand, a young advertising executive has offered him the opportunity to do this commercial, and this is in the days when few stars were appearing in commercials and Guy had great contempt for those who did

However Guy does have two siblings to put through college

The plot takes several ironic twists with some bitter confrontations and amusing banter between Guy and his wife, a warm intelligent woman

"A comedy-drama in the best sense, with both comic and dramatic sides complementing and enriching each other ... a must see" ~ The Daily Oklahoman

Shakespeare has returned to earth and has just witnessed a performance of Richard III set in a junkyard, with Lord Buckingham played by a bearded actress and Richard by an Afro-American

The playwright and director eventually cross swords when she insists that historical accuracy or no, she has a perfect right to cast the play as she sees fit

Shakespeare asks her to withdraw his play and substitute another one. She insists that this is the slot for their Shakespearean production. He barks "Othello"! and stalks off

Archie and Lily Lowe, theatre royalty (read Alfred Lunt & Lynn Fontanne) have become restless in retirement and have, with great reluctance, decided to appear in a play (read The Visit), which they think is an ugly but fascinating piece

Lily is most uneasy about playing a "madam" and Archie is rather loath to appear as a grocer, but the play's the thing and it's a brilliant one, with good major roles

Lily refuses to go on with the production and, with the help of friends and two faithful servants, coaxes and bullies Archie to partial recovery

When Archie tries to take his own life because he feels that he's become a burden Lily reluctantly consents to go on with the play while Archie settles down to write his autobiography, and the two artists continue to create, in spite of life's unforeseen obstacles

A unique comedy where the speeches consist of the thoughts of the characters and the dialogue is performed in pantomime, which is only natural since we're in a library, the adult division of a charming suburban branch

The librarian is a crusty, tenderhearted soul whose life is devoted to her domain

Two young high school girls are also fascinated by the handsome poet. A young boy roams the shelves searching for the "dirty parts," while his younger sister wanders about awed by the silence in the adult room

A soldier on leave enters and the librarian is very solicitous, but she clashes with the poet when he crushes the petals of her beautiful flowers on the catalogue case, in his intense search for the meaning of life

A mysterious stranger arrives at the home of former film star, Gloria Desmond

His car has stalled - defective carburetor

Ms Desmond is the proud possessor of the legendary Mandarin Necklace

Her current house guest is a lovely young countess

But is she really a countess and is the substitute butler really a butler?

Or are they both an infamous team of jewel thieves?

And is the mysterious stranger a detective hot on their trail?

After the masquerade party that night someone, in the dark, gets into the safe and steals the necklace. But is it really the necklace or just a paste imitation?

And who observed the theft, unobserved in the dark?

And what does Gloria Desmond really know about these people?

And where does the legendary necklace finally end up?

In the darkened room of a deserted chateau somewhere in France a young deserter (read Private Slovik, the only American soldier shot for desertion during World War II) awaits his execution

A priest arrives to give the prisoner the last rites and the deserter tries to explain that he was taught that killing, no matter what, was wrong

"Norman Beim has written so simply and so powerfully that he makes a compelling case for cowardice, elevating this trait almost to heroism with the humanity of his compassion" ~ Marshall Mason

Beim is the author of over 50 full-length plays, which have been performed all over the world