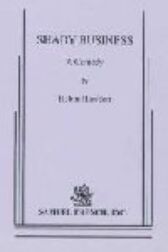 And they face a crisis

Will possessive club owner Big Mack find out about Mandy's affair with Gerry and set his sidekicks on them?

Will he discover that he is owed money that was borrowed from the club's till, gambled and lost on the club's roulette table and then stolen from the day's take?

Will Gerry be discovered hiding in Mandy's bathroom?

Will Terry be caught delivering dinner?

Will Terry reveal that he is really Gerry and that Gerry is Terry?

Will anyone figure out what is going on, and will they all survive until the curtain comes down?

"Produces big surprises that delight and astonish. It is Sopranos with laughing gas" ~ Green Bay Press