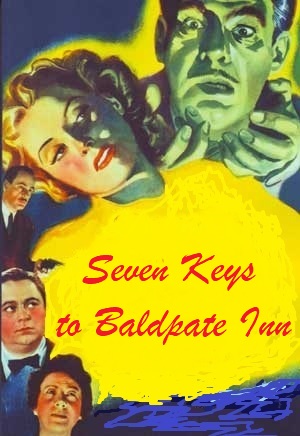 The intriguing premise of popular novelist Billy Magee accepting a bet to write a 10,000 word thriller in 24 hours went on to spawn five movies and several radio productions, one famously starring Jack Benny

Its setting of spooky Baldpate Inn, half-way up a mountain and closed for the Winter, and its large mixed cast of crooks, femmes fatale, ghosts and spooks, peppered with shots in the dark and love at first sight has ensured its continuing popularity with Community and AmDram groups

But boy, does it creak - turgid exposition, clunky, chunky dialogue and paper-thin characterisation