Sense of an Ending 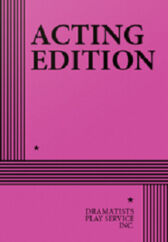 Charged with alleged war crimes committed during the 1994 genocide, the nuns must convince the world of their innocence or face a lifetime in prison

When an unknown Tutsi survivor contradicts their story, Charles must choose which version of the truth to tell

Based on real events, Sense of an Ending shines a light on questions of guilt, complicity, and faith in the face of extreme violence

"There’s a lot to admire in Mr. Urban’s script. It argues persuasively for empathy and forgiveness as means of recovering from trauma. It is fast-paced, fluid and taut” ~ NY Times

“A superb play about the Rwandan genocide… so intense that, in between each scene, you can hear the audience gulp for air” ~ Time Out London