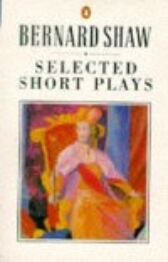 These fifteen dramatic sketches include ...

The music Cure which chronicles the emotional collapse of a fragile aristocrat, Sir Reginald Fitzambey. Convalescing after a disastrous financial venture, Reginald is pushed over the edge by the ministrations of his golf-playing physician, who has overprescribed opium

His hallucinations are intensified by the arrival of the glamorous and haughty concert pianist Strega Thundridge. Reginald is a fine amateur pianist enamored of popular songs of the day such as "Alexander's Ragtime Band," and a cultural clash ensues

When the smoke clears, the weak Reginald realizes that he has fallen in love with the tough, cruel Strega and offers himself in marriage ...

How He Lied to Her Husband tweaks the fatuous idle rich and their desire for culture with wicked comic timing, with a bit of physical comedy thrown in. Henry, a young poet, has fallen in love with the wealthy Aurora, wife of a successful businessman. Aurora is thrilled with the attentions of the ardent but penurious Henry and the romantic poems he writes to her. Henry wants Aurora to divorce her husband and marry him, but reality takes hold when Aurora realizes that she doesn't want to leave the comfortable life she enjoys

When Aurora's husband Teddy intercepts the poems and questions Henry about them, an intimidated Henry assures him that the poems are harmless and that he has no interest in Aurora. He is shocked at Teddy's reaction - it seems that Teddy enjoys the attentions of other men toward his wife and is offended at Henry's lack of interest