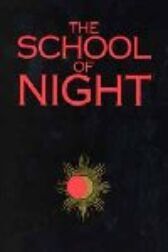 In the company of Thomas Kyd, Sir Walter Ralegh and the mysterious Tom Stone, Marlowe sets about writing his finest poem while charges of treason and atheism hang over him

When Kyd is arrested soon after, he implicates Marlowe who is forced into hiding at the now deserted Rose Theatre, once home to his greatest triumphs

Faced with increasing danger, Marlowe must plot his escape from England with the assistance of others whose loyalties appear united but remain tragically divided. Was his death simply a fight over a tavern bill, as officially recorded?

Or was Marlowe, caught up in the minefield of dissidence and treason surrounding the Elizabethan Court, brutally murdered in a trap set by mercenary spies?