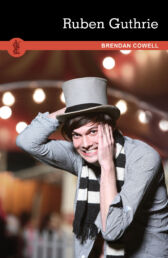 Ruben Guthrie is on fire - he's 29, he's the Creative Director of a cutting-edge advertising agency, he's engaged to a Czech supermodel and Sydney is his oyster

He pours himself a drink to celebrate, a drink to work, a drink to sleep and one spectacular night he drinks so much he thinks he can fly!

Ruben Guthrie is Brendan Cowell's brutally honest comedy about spiralling high, crashing hard and being taken to AA by your mum

"By general agreement, the leading light among stage writers of his generation" ~ The Sun Herald

Play of the Year ~ Time Out, Sydney