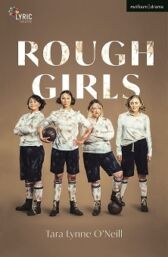 This is the untold story of the Belfast women who stepped onto a pitch in society-shocking shorts and footie boots, a ball at their feet and a point to prove

They were the suffragettes of soccer

Rebels with a ball, who kept kicking their way through the outraged defence of a male-dominated game to raise thousands for those returning from war

Set in Belfast 1917-1921 in a city divided by war but still united by sport, the play chronicles the courage and determination of those girls

This ambitious, large-scale play features an impressive eleven strong female ensemble with live music creating the heartbeat of the city at the time