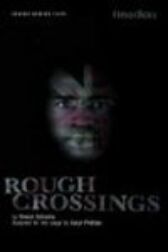 As the American War of Independence reaches its climax, the freed plantation slave Thomas Peters and John Clarkson of the British navy embark upon a journey which will redefine racial politics and change attitudes towards slavery forever

Rough Crossings tells the heroic story of the resettlement of a group of former slaves and soldiers in West Africa, divided by the boundaries of race, but united in their ambition for equality