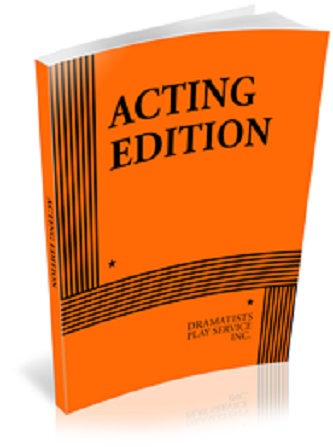 The scene is the lobby of the Ventura Oasis Motel, in a rundown section of Los Angeles. The owner, Randolph, is debating whether to tear the building down or turn it into a fast-food franchise.

In the meantime he occupies himself by meddling in the life of his manager, a world-weary ex-convict named Cornell, and in those of his guests. Included in the latter are an out-of-work song writer and guitarist

Along with a down-on-their-luck Texas couple whose only valuable possession is a luxury car; and, as the action progresses, a pretty but brashly aggressive former girlfriend of Cornell's who has tracked him down and is determined to revive their relationship

Although strangers all, for the most part, the various characters are inevitably drawn into each other's lives as crises are dealt with, confidences exchanged, and each learns that he or she is, in a very real way, his brother's keeper

In the end they go their separate ways again - but for a fleeting moment, at least, they have known a sense of caring and humanity all too seldom encountered in a world where "other people's problems" are more often ignored than shared

Deftly constructed and continuously absorbing, this compassionate, revealing play traces a day in the lives of a disparate group of characters whom fate has brought together in a seedy Los Angeles motel. First produced Off-Off-Broadway at New York's Vineyard Theatre