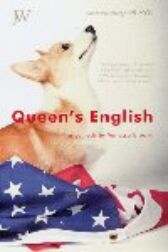 This biting topical comedy pokes a finger at ideas of national identity, class and Britain's role in the modern world

Set in a once-grand country manor house, now converted to a Language School teaching English to foreign students, the Play explores the peculiarities and the stereotypes of the English, Welsh, Irish, Scottish and American cultures

The American - a brash New Yorker called Ruby - has recently won the School in a poker game, and now has big plans, including a surprise visit from a Royal guest!

But first she has to try and gain control over the four teachers and their different backgrounds as tempers flair and personal and national grudges are brought out into the open ...