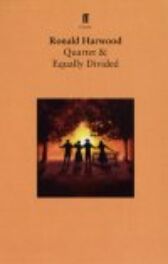 This volume contains two plays by one of Britain's finest playwrights ...

In Quartet Cecily, Reggie and Wilfred are in a home for retired opera singers and each year, on 10th October, there is a concert to celebrate Verdi's birthday

Jean, who used to be married to Reggie, arrives at the home and disrupts their equilibrium - she still acts like a diva and refuses to sing

Renata, glamorous and married several times, has spent her life doing what she pleases

When the contents of the will are made known, childhood rivalries re-emerge and the result is a moral tale both powerful and comic