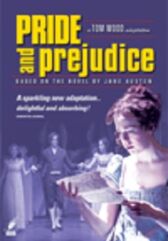 Meet the Bennets, a lower gentry family with a problem

In a time when women were pawns in a man's world, the five Bennet daughters have all reached marriageable age

Pride and Prejudice follows the family's adventures through the rocky romance of Elizabeth, and the dour and ill-mannered Mr Darcy

On hearing of Darcy's disdain for the locals (and a false tale of his chicanery), Elizabeth develops a hostility toward him

" ... romantic complications and a rich array of subsidiary characters make the play such a delight" ~ Colin MacClean, The Edmonton Sun