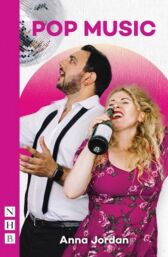 A blast from the past

As their veins course with adrenaline and cheap prosecco, we follow them on an epic journey through thirty years of pop

Can the DJ save them as they become Dancing Queens, reliving their Teenage Dream, Staying Out For The Summer and Spicing Up Their Lives?

This edition also includes her short play Closer to God, which received the Overall Winner and Audience Choice Awards when it was premiered at the inaugural OffCut Festival in 2009

"It's the soundtrack to a summer. Must see theatre" ~ ★★★★ Reviews Hub