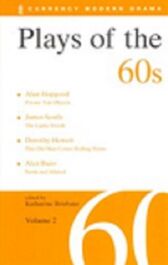 In the late 1960s, student revolution spread like wildfire around the world as the post-war generation came to adulthood

In Australia, protests against the Vietnam War were mixed with a rebellious new political awareness

An ironic comedy drama which reworks Euripides' The Bacchae, set in a NSW country town

Daring in form, this was possibly the earliest play to capture the emotional turbulence that characterised the 1960s

A 'play of disillusion', writes Katharine Brisbane, which looks at 'the blindness of European exploiters like Robert O'Hara Burke who failed to manage his company or listen to their voices; and refused to acknowledge the Aborigines' offers of salvation'

Burke's dream is to conquer the land, by traversing it from south to north

He wants their exploits gloriously recorded in Wills' writings

A play about the moneyed class, for whom discipline is a tool of survival not always placed in the safest hands

One of his aims, he tells us in his playwright's note, 'was to recreate the rhythms of actual speech as well as to record and preserve the vivid expressions which you could hear everywhere except in the media or on the stage.'