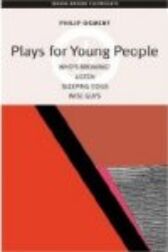 In Who's Breaking? a young man, learning that he is HIV-positive, is forced to re-think his life and attitudes

Through its three troubled protagonists, Wise Guys poses the central question addressed by all these plays - can young people caught up in self-destructive cycles break free of them?