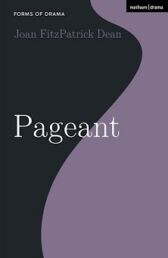 Focusing on examples from medieval theatre, women's suffrage campaigns, and the 2012 Olympics Opening Ceremony, this is the first book to offer a critical overview of pageant as a dramatic form

By enacting highly selective historical episodes, pageants manipulate audiences' sense of the past

Impressive recent scholarship recognizes pageants as public history, but this is the first authoritative account of the origins, characteristics, and techniques of pageants as a theatrical idiom

Performed in sporting arenas, the open air, or purpose-built theatres, these paratheatrical events express identity through what Erika Fischer-Lichte calls “the re-theatricalization of theatre”

Others subversively advocated for women's suffrage

First performed in 1909, Cicely Hamilton's A Pageant of Great Women depicted historical personages from the near and distant past as well as allegorical figures such as Justice and Prejudice

Today, the Olympic Games mandate an opening ceremony that “details the country's history, culture, and overall importance for the global community"

London delivered just such a pageant in 2012

This book features a wide-ranging introduction that maps the cultural evolution of this enduring theatrical form and covers popular and readily accessible pageants from medieval England, the early twentieth century, and our own day

Chapter 1: Pageants in the Middle Ages

Chapter 2: Pageants and Power in the Twentieth Century

Chapter 3: Pageants and the the Invention of Tradition