Out of History - Essays on the Writings of Sebastian Barry 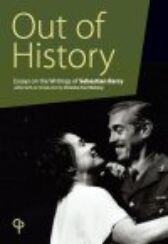 This book, edited by Christina Hunt Mahony, presents twelve essays that trace the development of the writer's career and the individual achievement of his works, concentrating largely, but not exclusively, on the plays