Our Lady of Sligo 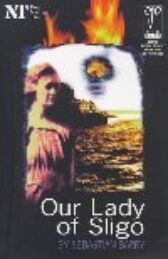 Mai O'Hara lies in a Dublin hospital in 1953 attended by a young nursing Sister and visited by the uneasy figures of her husband Jack, daughter Joanie and her dead father

Fuelled by alcohol, passion and despair it is the story of her flamboyant but destructive relationship with Jack, the lost country of her childhood and unfulfilled expectations in the wake of Irish independence and self-rule

"Cerebral and lyrical, he is the new crown prince of Ireland's majestic theatrical tradition" - Newsweek