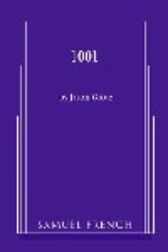 In this dramatic comedy, the cuckolded King Shahriyar is marrying a new bride every night and beheading her the next morning

As unrest spreads in the Sultanate, his vizier's daughter Scheherezade hatches a plan - she will offer herself as a bride and seduce the king with stories that leave him hanging on every word

She weaves such tales as "Sindbad the Sailor" and "Alaeddin and His Magic Lamp" with stories of Borges, Flaubert, and Alan and Dahna - a Jewish man and an Arab woman who have fallen in love in millennial New York City ...

Modern speech invades the fantasy tales, and swords and genii appear in the 21st Century, in a dance of cultures and people who are forever intertwined "[An] explosive, often brilliant work about America, narrative, the Middle East and identity" ~ Time Out, New York

" ... conjures a storybook world that dissolves, at a moment's notice, into an apocalyptic, 21st-century landscape. Where to begin to describe this seductive if smartalecky, nonlinear play? ...[ 1001] doesn't preach, and it doesn't under-estimate the audience's intelligence." - Washington Post