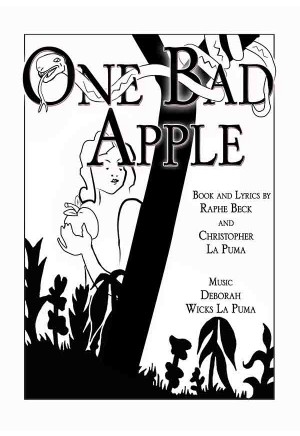 "In the beginning, God created man ... which was Her first mistake"

In a very corporate world of Creation, two competitive angels pit Adam and Eve against each other to see which prototype will be the more successful model for the human race

When their experiment takes on a life of its own, God kicks the humans out of Eden and considers scrapping the whole thing and starting over

So unless Adam and Eve can prove their worth before the end of the sixth day, they are doomed

And yes, there's a nervous snake, a resentful devil, and a juicy red piece of fruit

"The play's tale of creation is spun with joy and attitude. One Bad Apple is a polished, detailed and intelligent treat" ~ The Northwest Current