Once Upon A Bridge 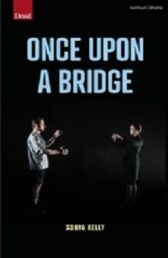 “Has a clever, teasing quality, especially in its ambiguous ending. Described as a fairytale, it is one that can accommodate commentary on issues of race, postcolonial identities and the assumptions we make about status and social class.” ~ Guardian