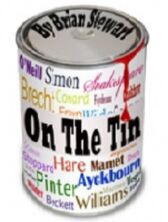 The committee members of the Granary Theatre are trying to revive their organisation's flagging fortunes by pinning their hopes on an enthusiastic newcomer, Steve, who seems to know a lot about theatre

He's keen to push Brecht and Pinter and plays that say something about the human condition instead of the group's traditional fare of Ayckbourn, Cooney and Coward

He wants to introduce more acting and directing classes and dispense with the quiz night nights, bingo and cheap beer

But how can Steve affect change?

It takes two votes from members of the small committee to vote against Dennis, the incumbent and long-standing chairman, and the existing members are reluctant to publicly stand against him

Then Steve has an insight: He realises that two members of the committee are having an affair and he invites them to a reading of Pinter's Betrayal.

A delightful backstage comedy following an amateur theatre company staring over the edge, but will they take the plunge or programme Bedroom Farce once again?