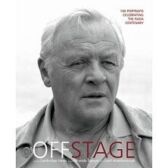 100 portaits celebrating RADA – and its stars of stage and screen

To celebrate its centenary RADA, the UK’s world famous drama school, commissioned Cambridge Jones to photograph the most famous actors to have emerged from the school

With a foreword by Lord Attenborough, the book includes an introduction by the Observer writer Miranda Sawyer, as well as interviews with all the actors

In total there are 100 portraits by European Photographer of the Year, Cambridge Jones, whose previous commissions include a wide cross-section of well known faces as diverse as Tony Blair in Downing Street to Shania Twain, and Laura Bailey via Youssou 'N Dour in Senegal, London and Spain!