My Mother Said I Never Should - ACTING EDITION 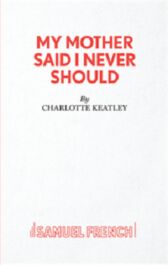 This is the ACTING EDITION