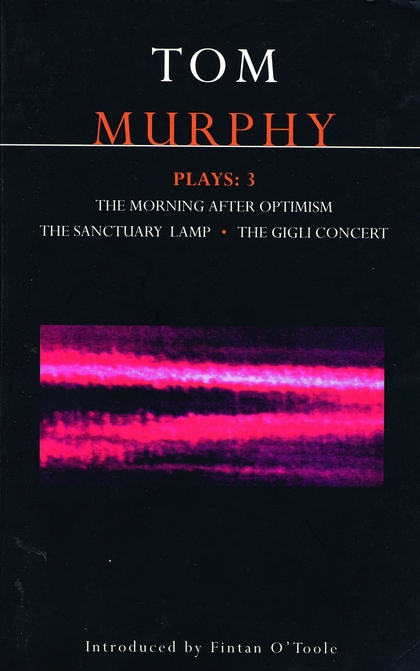 This is the third collection of plays by "The most distinctive, the most restless, the most obsessive imagination at work in the Irish theatre today" ~ Brian Friel

"James in The Morning After Optimism is literally on the run, a comically exaggerated villain in flight form his crimes, seeking refuge in a fairytale forest

Harry in The Sanctuary Lamp is holed up in a church like a mediaeval outlaw, hoping to keep at bay the guilt of his messy life

JPW King in The Gigli Concert is a kind of cross between Dr Livingstone and Robinson Crusoe, a missionary who has become a shipwrecked loner, an Englishman sent to Dublin by a cult to convert the natives, and left there, beached and bereft" ~ Fintan O'Toole