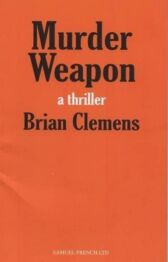 When Chief Constable Jessica Bligh accompanies her friend Diane Tulliver home to Dysart Hall after a night at the opera they arrive to a horrifying scene ...

It appears to be an open-and-shut case for Jessica Bligh, but as she and her colleague Inspector Fremont probe further they discover all is not what it seems

Through a series of flashbacks and re-enactments of the events leading up to Paul's death, we soon find it is not just the murderer's identity that is in question

Inspector Fremont, male, around 45 or 50