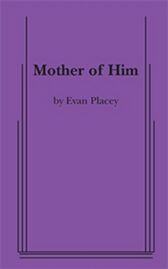 "If you were looking at us, you might have even thought we were friends. Old friends. If my son hadn't raped her daughter"

It could be a morning like any other as Brenda cooks breakfast for her two sons ...

And Brenda's face is splashed across the cover of every newspaper

For Matthew has committed a horrible crime, and as Brenda fights for him to be sentenced as a child, she learns it's the laws inside the house that matter most - boys can become men, and a mother can at once become victim and monster

How far does a mother's love go, and at what cost to herself?

"Claustrophobic, intense, and intriguing, Evan Placey's tight domestic drama focuses on the mother of the accused, rather than the perpetrator" ~ The Stage

"Not a false note in the entire play" ~ Whatsonstage