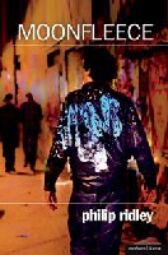 Moonfleece is an intense and thrilling exploration of memory and identity, with themes of contemporary resonance - racism, homophobia, and how those in authority distort both the truth and the past

The plot follows Curtis, who has arranged a secret meeting in a flat of a derelict tower block

Years ago, when he was a child, Curtis lived here before tragedy struck in the form of his elder brother's death

With the aid of Gavin and Tommy, fellow members of the right wing political party of which he is a leading figure, and his ex-girlfriend, Sarah, Curtis aims to find out why this ghost is haunting him

Things, however, do not go as planned and a hitherto secret story has to be revealed

And it's a story that will change Curtis's life forever