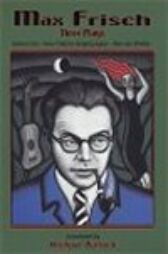 Along with Jean Paul Sartre and Thomas Mann, Max Frisch, the great Swiss playwright and novelist, is one of the pre-eminent European thinkers of the second half of the twentieth century

Santa Cruz, Now They're Singing Again and Rip Van Winkle (staged and published in their original German in the 1940s) are here given their definitive translation into English by Michael Bullock