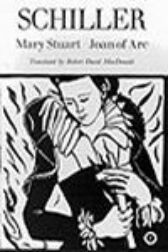 Masterly translations of two epic tragedies written at the peak of Schiller's career as a dramatist, containing his most telling and touching portrayals of women

Both heroines emerge from their tests triumphant but ultimately doomed