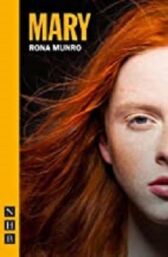 Meet James Melville, an intelligent, charismatic diplomat who is also one of the most loyal servants of Mary Stuart, the troubled Queen of Scots

Now he needs to decide who's guilty, who's innocent, and who is too dangerous to accuse

Change is coming, but at what price?

"Though it forms part of a series, we can look at it as a strong work in its own terms. It showcases an area of history that is little understood and much overlaid with competing narratives. By illustrating how those narratives and perceptions are created and the strands involved, it not only educates but challenges us to simultaneously critically assess what we think we’re learning" ~ The Reviews Hub