Manuel Puig and the Spider Woman - His Life and Fictions 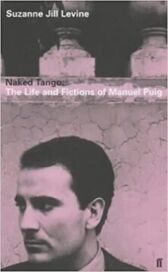 Manuel Puig (1932-1990), Argentinian author of Kiss of the Spiderwoman and pioneer of high camp, stands alone in the pantheon of contemporary Latin American literature

Strongly influenced by Hollywood films of the 1930s and 40s, his many-layered novels and plays integrate serious fiction and popular culture, mixing political and sexual themes with B-movie scenarios

Puig's way of life was as unconventional as his fiction

He spoke of himself in the female form in Spanish, renamed his friends for his favourite movie stars and referred to his young male devotees as 'daughters'

Suzanne Jill Levine, his principal English translator, draws upon years of friendship as well as copious research and interviews in her remarkable book.