Mahachaitra - The great Spring and Other Plays 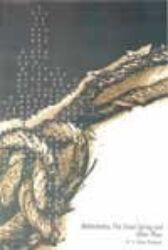 The three plays in this volume were written and staged between 1986 and 1995, and they focus on three figures who have had a decisive influence on Kannada history and culture--Basavanna, the revolutionary religious genius and saint of 12th century Karnataka; Madaiah the Cobbler, a legendry character who had a great impact on the backward castes, untouchables and tribals of South Karnataka; and Tipu Sultan, the ruler whom the British schemed to defeat and depose

Mahachaitra, the play centred around the saint Basavanna, created a year-long controversy in Karnataka in which fundamentalists locked horns with Dalit and leftist defenders of the text, turning it virtually into a household name