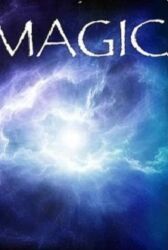 And a long, pointed nose

And he's accompanied by a whole band of soldiers who all look the same!

Prince Tristan soon realises he's been made victim of a Goblin takeover, aided by the Black Talon, the punning leader of a band of verminous ravens

But Tristan has friends too ...

One is his beautiful, if difficult, French cat called Madame Minette

And Percival, a nervous and clumsy pigeon

Magic the Musical has been adapted from the children's novel Magic in Ravenswood by Nigel Osner ...

"This beguiing tale of bewitchment set in the distant kingdom of Ravenswood is certainly welcome in the midst of Cinderellas, Aladdins and Dick Whittingtons. It is refreshing to find a show inhabiting a more unfamiliar world captivatingly conjured" ~ Mark Shenton, The Stage

" ... good marks for "Magic in Ravenswood", the story of young Prince Tristan rescued from a goblin takeover by Theodosius, the not totally wise owl, an inefficient but friendly witch and a feather-brained - yes! - pigeon. The aristocratic cat is also on his side, but prefers a certain aloofness from anything disagreeable. All the characters are well-defined, the ravens of the wood being a nasty, tough crowd. There is enough irony to give it strength to deal with a traditional situation without going soft or silly" ~ Naomi Mitchison, Times Educational Supplement.

'I liked "Magic in Ravenswood" by Nigel Osner, the witty story of a young prince's battle against his evil goblin tutor has a lawyer owl, a bumbling pigeon and a gang of outrageously punning , thuggish ravens" ~ David Twiston Davies, Daily Telegraph

THIS IS THE 60 MINUTE ONE-ACT VERSION

FOR THE FULL-LENGTH VERSION,