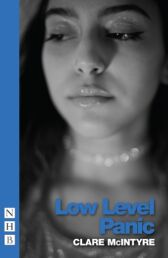 'When am I going to wake up and be different?'

In this funny, timely and unapologetic play, three twenty-something women figure out how they really feel about sex, their bodies and each other

And a whole world of men

But Jo's in the bath, fantasizing about being someone else

This seminal feminist comedy premiered at the Royal Court Theatre in 1988, winning the Samuel Beckett Award, and this new edition is published alongside its 2017 revival at the Orange Tree Theatre