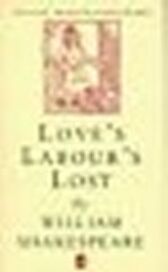 Love's Labour's Lost, now recognized as one of the most delightful and stageworthy of Shakespeare's comedies, came into its own both on the stage and in critical esteem only during the 1930s and 1940s--after nearly three hundred years of neglect by the theater and misuse by critics. In this new critical edition, Hibbard pays particular attention to this process of rehabilitation

Based on the quarto of 1598, and drawing on recent scholarly analysis, he proposes that the quarto goes back, probably by way of a "lost" quarto, to an authorial manuscript that represents the play in a state prior to "fair copy." He offers numerous original readings of difficult and disputed passages, and a helpful commentary to the play's scintillating language