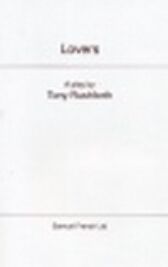 Three people have come to visit the grave of Michael, who has died of a heart attack in his early 40s ...

There's Maureen, his wife of nearly 20 years, whom he helped through a breakdown that followed the death of their infant son

There's Anna, his lover, with whom he secretly lived while working in London during the week

And there's Bob, a friend and father-figure to Michael, who tends the graveyard and harbours his own deep feelings of grief

All three loved Michael and all three have reason to mourn

This one-act play for two women and one man reflects poignantly on love, loss, and beginning again