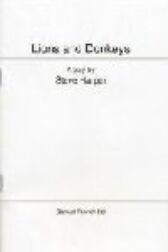 It's September 1918 on the Western Front, and Tommy Atkins and Dave Rawlings from the Third Essex Battalion are doing all they can to stay alive during the final months of the First World War

They receive an unexpected visit from an officer, Lieutenant Hargreaves, who announces that Tommy is to be awarded the Military Medal for his courage in combat

Why, then, are Tommy and Dave so keen to see the back of him?

And who is the strange Icelandic character that enters the scene, brandishing a sausage?

A funny, poignant play about friendship, humanity and survival