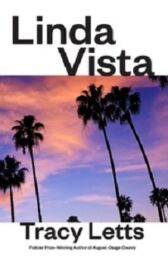 With a blend of humour and humanity, Pulitzer Prize-winning playwright Tracy Letts demonstrates the ultimate midlife crisis - the bewildering search for self-discovery once you've already grown up

It opened on Broadway at the Helen Hayes Theater in the autumn of 2019, produced by Second Stage in association with Center Theatre Group

"Linda Vista is such a strong, warmly human, and emotionally satisfying comedy of crotchety manners … The dialogue is razor sharp … Altogether lovely, when you stop to wipe your tears from all those howls of laughter" ~ New York Stage Review

"Tracy Letts is a profusely gifted playwright. In Linda Vista the writing is so zingy and the playwright's voice so sharp … Some of his most compassionate writing" ~ Hollywood Reporter