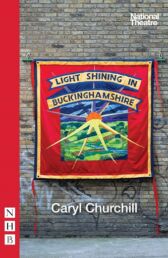 Large Mixed Cast
Set during the English Civil War, Light Shining in Buckinghamshire tells the story of the men and women who went into battle for the soul of England

Passionate, moving and provocative, it speaks of the revolution that never happened and the legacy it left behind

In the aftermath of the Civil War, England stands at a crossroads

Food shortages, economic instability, and a corrupt political system threaten to plunge the country into darkness and despair

But the people are hungry for change

For a brief moment, a group of rebels, preachers, soldiers and dissenters dare to imagine an Age of Hope

Premiered at the Royal Court Theatre, London, in 1976, the play was revived at the UK's National Theatre in 1996 and again in April, 2015