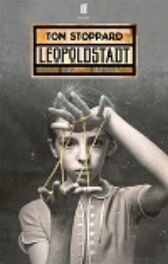 "Breathtaking. The work of a master" ~ Time Out

Herman has moved up in the world ...

By the time we have taken leave of them, Austria has passed through the convulsions of war, revolution, impoverishment, and annexation by Nazi Germany

And the Holocaust, during which 65,000 Austrian Jews were murdered

"It has weight and majesty" ~ The Guardian

"A momentous new play. Both epic and intimate" ~ Financial Times